Europe beset by disaster:70 thousand crore rupees loss due to flood, 8800 crore rupees will be spent in cleaning only 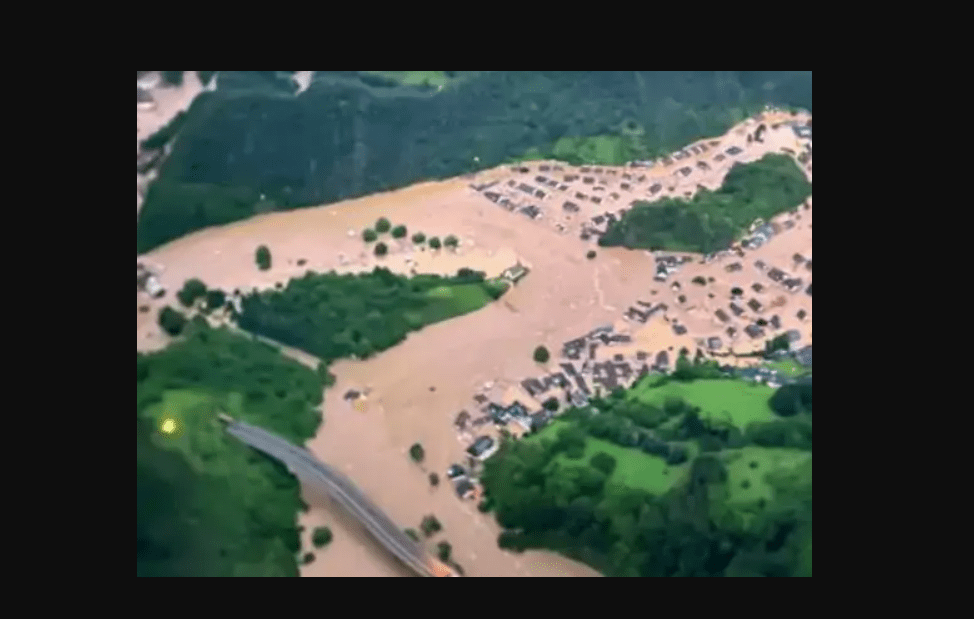 Last week’s floods in Europe caused 8 billion euros (about Rs 70,600 crore) in damage. The death toll due to this disaster has crossed 200. Hundreds are still missing. Germany has suffered the most. Many roads and bridges were broken there. Debris, broken houses, and valuables from homes are lying on the roads.

It is estimated that one billion euros (about Rs 8823 crore) will be spent in cleaning up this devastation in Europe. At the same time, countries like the neighboring Netherlands, Austria, and Switzerland have come forward to help Germany. If someone is sending his army, then people of some country are coming to help. Some are sending food items.

An organization working in Europe has deployed 82,000 of its volunteers in Germany so that relief and rescue work can be carried forward.

Both these photos before and after the flood are from the German town of Altena, which is situated in the Ahar Valley. Generally, there is not much water in the Ahar river flowing here. But this river overflowing with floods has devastated the town.