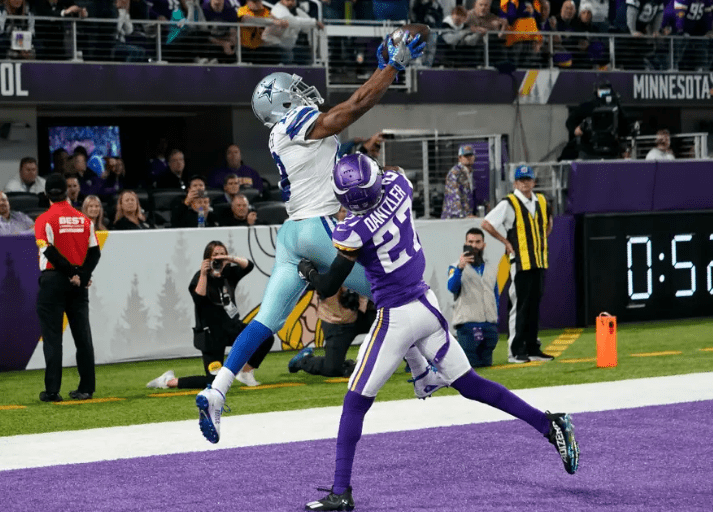 Cooper Rush takes the place of injured Dak Prescott and passes for 325 yards with two second-half touchdowns, the last on a 5-yard pass to Amari Cooper with 51 seconds left to give the Dallas Cowboys a 20-16 win. on the Minnesota Vikings

Cooper Rush took the place of the injured Dak Prescott and passed for 325 yards with two touchdowns in the second half, the last on a pass from 5 yards to Amari Cooper with 51 seconds left to give the Cowboys in Dallas a win on Sunday 20 -16 over the Minnesota Vikings

Rush overcame two turnovers, both produced by former Dallas safety Xavier Woods, to punish Minnesota’s perimeter in his first NFL start. The backup, who is in his fifth year in the league, led the offense of the Cowboys after Prescott was ruled in a last-minute decision with a calf injury. He ran an eight-play, 75-yard drive that capped off a pass to Cooper in the corner of the end zone.

Cooper finished with eight receptions for 122 yards, and CeeDee Lamb added another six receptions for 112 yards for the Cowboys (6-1), who had their only lead on the scoreboard in the final minute of the game.

Kirk Cousins ​​and the Vikings (3-4) were frequently off-beat on offense after starting the game with a 75-yard drive that culminated in a touchdown pass to Adam Thielen.

KC Chiefs VS. Giants: Key Takeaways From A Miserable Win In Week 8

Patrick Mahomes And The Chiefs Humiliated In Tennessee