The president of Tunisia extends his full powers indefinitely 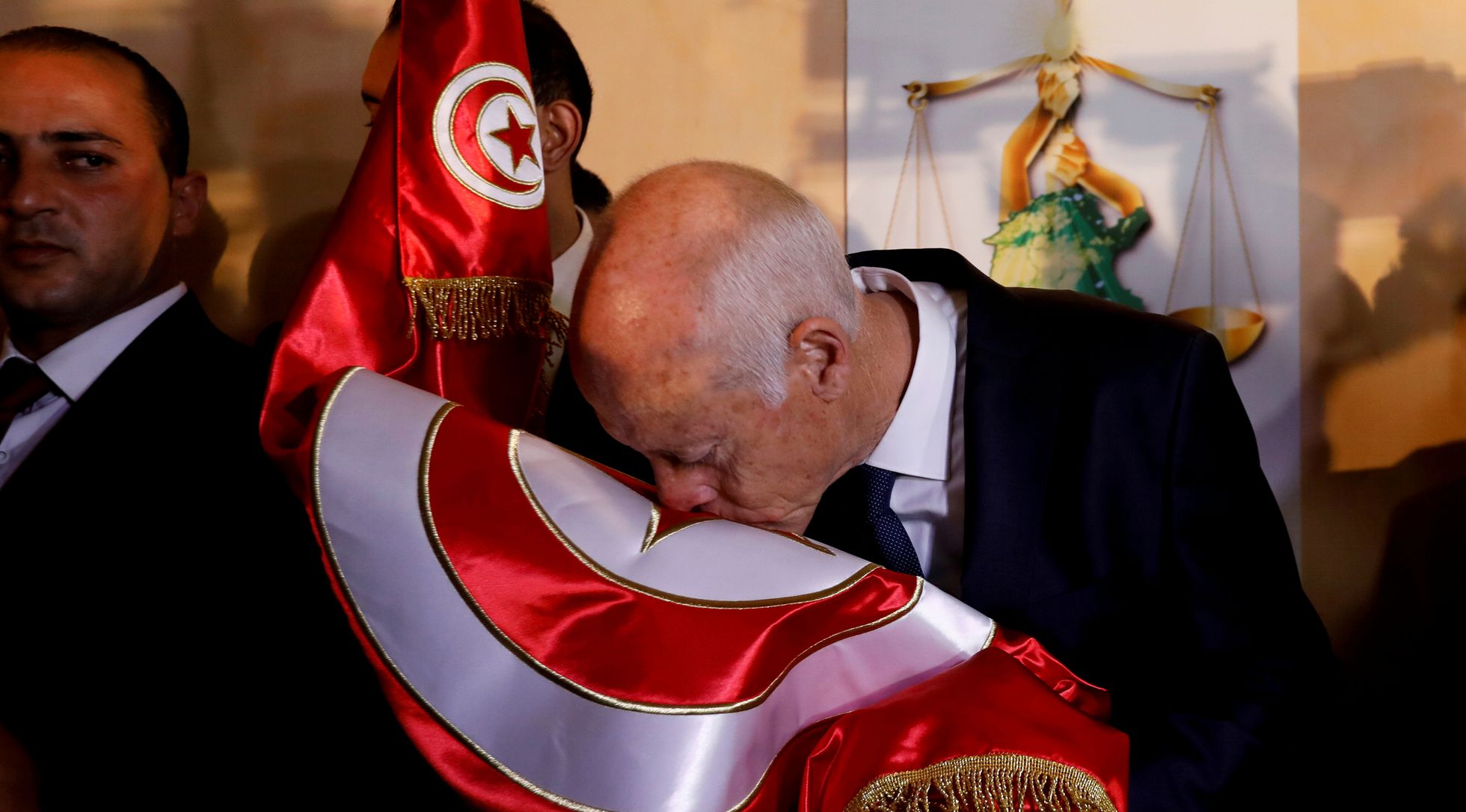 With nocturnal and treacherous acts, the president of Tunisia, Kais Said, decreed last night the extension for an indefinite period of the exceptional measures that he approved on July 25, and that includes the freezing of Parliament and the assumption by his part of full executive powers. The announcement was made through a brief note on the Facebook page of the presidency in which it was limited to informing that the president would address the nation “in the next few days.” The decision comes a month after President Said dismissed then-Prime Minister Hichem Mechichi, suspended the activity of Parliament, and thus unleashed a serious constitutional crisis.

Said’s coup was based on a forced interpretation of an article of the Constitution reserved for situations of “imminent danger” to national security and which enables the president to adopt exceptional measures. Said himself had given himself a 30-day deadline in his July 25 decree, and it was expected that within this timeframe he would appoint a new prime minister or present a roadmap. But he has done neither the one nor the other.

Article 80 of the Constitution does not specify an exact duration for its application, but will cease “when the circumstances that led to its application are no longer valid.” But it does establish that within 30 days, the President of Parliament or 30 deputies may go to the Constitutional Court for it to assess whether the requirements for its application are met. However, it is impossible to apply this clause because almost seven years after the approval of the country’s new democratic constitution, the supreme court has not yet been created for lack of the necessary consensus among the political parties. Therefore, formally, there is no obstacle to Said’s actions, even more so with the work of Parliament suspended.

“To this day, the president has not yet explained what the causes of this imminent danger are. He has not justified his actions from a legal point of view ”, the constitutionalist expert Jawhar Benbarek recently complained about a television talk show. Before July 25, the country was immersed in a serious political, economic, and health crisis, with an average of about 200 deaths a day from the coronavirus. Since then, and thanks to a massive vaccination program, the situation has improved and the government has relaxed restrictions on social contacts, for example by lifting the ban on popular outdoor markets.

The indefinite prolongation of the absolute powers of Kais Said may reignite the debate in Tunisia on whether the president carried out a coup. For now, legal arguments aside, the president seems to have the support of an overwhelming majority of the citizenry. Some polls indicate that more than 80% of Tunisians approve of his July 25th order to the traditional political class, which they blame for the accumulation of crises that the country is suffering and accuse of being tremendously corrupt.

Said, 63, is an independent politician who overwhelmingly won the 2019 presidential election – he won 72% of the vote – promising to root out pervasive corruption and renew the political class. In fact, among his exceptional measures on July 25 was to lift the immunity of the deputies, which has led to the arrest of a dozen, although a good part of them have been later released. Known among the population for having been a regular talkative in the media, the president’s detractors accuse him of being a populist with little respect for the law, despite being a professor of Constitutional Law.

During this month, there has been much speculation in the press about the plans of the president, who in his political program proposed a radical reform of the institutions. Hostile to the notion of a political party, Said proposes a kind of local and direct democracy, with the election in each town or neighborhood of a representative, who would then be in charge of choosing the deputies in the national Parliament.

Rumors suggest that Said will abolish the Constitution and order a group of constitutionalists to design a new Magna Carta according to his designs, which would include moving to a presidential system, instead of the semi-presidential one in force. However, so far, they are only speculations, since neither the president nor any member of his narrow circle of collaborators has given the least explanation to public opinion.

According to various sources, the president is not consulting his next steps with the political parties. In fact, he has not even received in the Presidential Palace the leaders of the only party that has supported him without fissures, the Pan-Arab People’s Movement. Both the main opposition party, the moderate Islamists of Ennahda, and the Western foreign ministries have unsuccessfully urged him to return as soon as possible “to the constitutional path.”

Given the delicate economic situation of the country, with a pressing external debt, Said runs the risk of alienating his main supporters abroad, unless he does not plan to replace them with some regional powers, such as the United Arab Emirates, Egypt, or Saudi Arabia, delighted with the departure of the Islamists from power.