Anti-health pass protests: what to expect in France this Saturday?

The central role of vaccination in the strategy to fight Covid-19 in France continues to divide. Visiting Carcassonne (Aude), where he was attacked by a vaccine-sceptic passer-by who accused the government of “killing France”, Prime Minister Jean Castex acknowledged Wednesday, August 12 that society is tired, incandescent, after a year and a half of fighting the pandemic.

The executive comes up against a section of the population opposed to the health past and the vaccination strategy that surrounds it. For the fifth consecutive week, dozens of demonstrations are planned in France, this Saturday, June 14, to protest against the new health bill.

Last week, they were 237,000 opponents of the health pass and the vaccine policy to beat the pavement, including 17,000 in Paris, according to figures from the Ministry of the Interior. According to a note drawn up Wednesday, August 11 by Territorial Intelligence, and unveiled by BFMTV, the authorities are expecting 200 processions this time across the country, mobilizing more than 250,000 demonstrators.

In Paris, the protesters will meet like last week, in different ranks, through three distinct gatherings: the first, organized by Florian Philippot, president of the Patriots and ex-number 2 of the Rassemblement National, will start from the Place de la Catalogne at 2:30 p.m.

The second is organized by a man close to the Yellow Vests movement will start from Porte Dorée at 11:30 a.m. before leaving at 1 p.m. towards Porte de Clichy for those who refuse to march alongside the far right. It is these two gatherings that bring together most of the demonstrators. A certain number of yellow vests see in the mobilizations against the sanitary pass an opportunity to relaunch and revive their movement, according to territorial intelligence.

Finally, the last procession, launched by a personality close to the conspiracy sphere, will circulate between Place de la Bourse and Palais Royal from 1:30 p.m.

These demonstrations bring together opponents with very diverse opinions and horizons, often without political or union affiliation: families with children, caregivers, citizens judging the liberticidal device and denouncing a health dictatorship.

To this large platoon are grafted more “political” activists such as yellow vests, activists ranging from the extreme right to the extreme left. Some processions also include a conspiratorial and anti-Semitic fringe, which notably sports a new slogan: “Mais Qui?” “.

Invited on LCI, the political scientist Pascal Perrineau observed, Thursday, August 12, a “crystallization of all bad moods, in a movement of pure rejection”. According to him, the “resistance around the anti-vax and the anti-pass” has been added to a set of previous claims: “France is on a permanent volcano. “

Strong mobilization in the South

Very followed in the South, the movement brings together large crowds every week in cities like Toulon (with 15,000 people expected), Montpellier (10,000 protesters should come), as well as in Nice, Marseille, Perpignan where new demonstrations are expected on Saturday.

In the territorial intelligence note unveiled by BFM TV, the authorities observed that the protests against the extension of the health pass seemed to take better in the South than in the rest of the country. 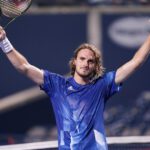 Previous Article A nice gift and a big challenge for Tsitsipás 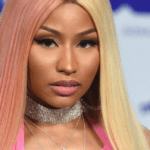 The World’s Largest Antenna Has Been Destroyed, News Of The Alien World Can Not Be Found!

Often we tend to keep hearing the news connected to meteorites, meteors, and aliens coming back towards the earth. However, do you know where we […]

US Report Revealed That China Had Planned The Galvan Violence

In June, twenty soldiers were killed by Chinese troopers in the Galvan Valley within the dark of night in a very dastardly attack on Indian […]

The government of Thailand has made a major change in its vaccination policy. The Health Ministry there has decided that people who have been given the […]

Next Summer Will Be A ‘Totally Different World’ For Weddings, Says Boris Johnson

Next summer will be a “different world” for weddings, Boris Johnson said as he tried to strike an optimistic note within the wake of the […]