Sánchez plays it in Parliament with the laws committed to Brussels

The difficulties in carrying out the labor reform have been reproduced in the housing law and the same can happen with the self-employed and pensions. The agenda of the ‘men in black’ placed them at the end of February in Spain to control what was agreed

Europe has already transferred to Spain 19,000 million euros of European funds that should help our country to recover the path of growth. Its use will be carefully and strictly tracked by the community authorities to avoid incorrect or improper use. What it is about is to prevent the fiasco of Rodríguez Zapatero’s ‘Plan E’ from reproducing, a public investment program of 13,000 million without any strategy that ended up aggravating the situation of the Spanish public accounts and causing increases in VAT and Salary cuts for civil servants.

Now, the duties to Spain have been imposed by the European authorities , a battery of measures and reforms for which the maximum possible consensus is claimed; laws that must go through Parliament and that have execution deadlines marked in red. For this 2022, the approval of a good handful of laws is committed to Brussels, including bankruptcy, professional training, tax reform, the contribution for real income of the self-employed, the housing law and the second part of the reform of the pensions.They are all very delicate matters and in some of them it is already becoming clear that Parliament’s support is going to be complicated, as happened with the labor reform and with the housing law and, surely, it will happen with the self-employed. 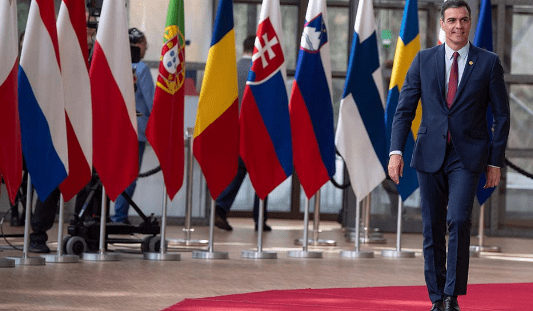 The ax blow that Escrivá prepares for the group has set Parliament on fire, which does not agree with a reform that has already been modified three times in just over a month. These changes are part of the second phase of the pension reform, the toughest, in which the Executive will have to put in the scissors and make adjustments to spending to make a system with feet of clay sustainable. The increase in the maximum contribution bases is pending, or what is the same, the increase in taxes for salaries of more than 49,000 euros, and to extend the years that are taken into account to calculate the pension (now in 25 years).

Last week, the Government narrowly saved the housing law in Congress . The rule that aims to control rents prospered after a last minute agreement with ERC. In return, the sovereignists demanded that the Executive not invade autonomous powers. The norm was, in practice, invalidated.

Another stumbling block is in the tax reform . This law also threatens to become a political hotbed, although the impact of the war on the economy will force the Government to postpone its implementation until at least 2023, already in an election year. With the aim of collecting more, the experts appointed by the Executive propose a fiscal offensive that goes through setting a minimum for Patrimony and Inheritance, which would mean a fiscal blow for Madrid, ending the joint declaration in the IRPF and toughening the registration tax and the tolls. 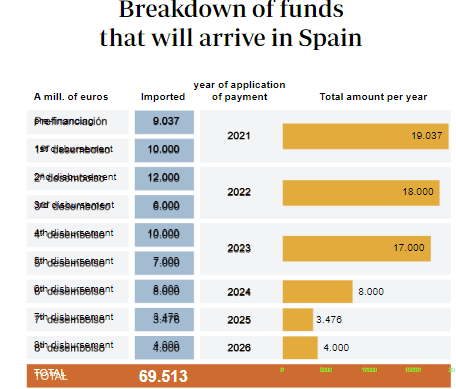 As the ‘Radar Next Generation EU’ prepared by EY Insights recalls, together with all these reforms Spain will have to promote measures, such as the award of one billion in investments to the basic railway and road network and the concession of 800 million in the execution of the sustainable and digital transport program, in addition to the allocation of at least 400 million euros to the electric vehicle, the creation of 50,000 new vocational training places and the allocation of a minimum of 30% of the 3,000 million euros allocated to actions to digitize SMEs. 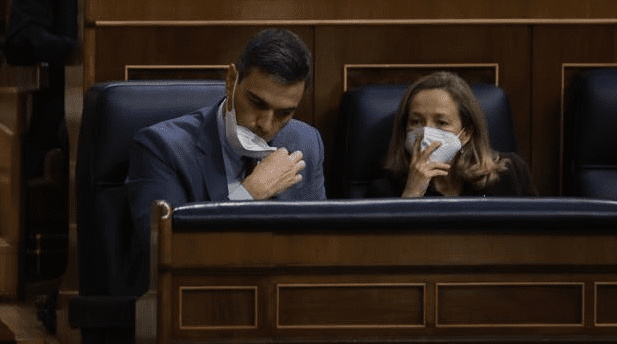 The difficulties in carrying out the validation of the labor reform, as well as other decrees such as the one for the management of the recovery mechanism or that of the interim, all committed to the recovery plan «begins to illustrate the challenge of carrying out the reforms Around 50 regulations with the rank of law committed to Brussels , whose processing is not expected to be easy, ”warns EY Insights. It adds that the increased prominence of the investment objectives as the deployment of the recovery plan progresses “will be a challenge” and that “it is not ruled out that the addendum to the plan requesting the tranche of 70,000 million loans incorporates a modification or postponement of the terms of execution of the reforms and investments of the plan».

Last February the Government managed to save the labor reform thanks to the erroneous vote of a PP deputy and without the support of its partners. This reform and some investment projects committed to Brussels before December 31, allowed the Executive to request a new financing tranche of 12,000 million, which will arrive in Spain during the first semester once the commitments have been checked by the Commission.

EY Insights recalls that within the dynamics of information exchange signed between Spain and the European Commission, it was planned that at the end of February there would be visits by the European authorities to the main ministries to check the status of the reforms and investments. The Commission has demanded that the reform plan be structured and executed with such a degree of detail that it later allows an agile audit process by the ‘men in black’ on their frequent visits to Spain. The tasks of the Government, therefore, are going to be subject to a detailed control by these technicians, who already monitored the Spanish economy in 2012, during the financial crisis. 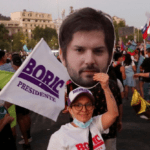 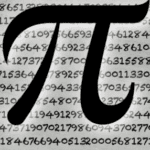 Next Article The five oddities of the number Pi

Declaring “America is back,” President-elect Joe Biden has introduced his key national security and foreign policy officers and said the incoming administration is ready to […]

US President Joe Biden on Wednesday (March 9, 2022) signed an executive order directing government agencies to assess the risks and benefits of creating a […]

Commission approved report for the first debate of the Investment Law.

Those who have not experienced the golden era of the Janis have a hard time imagining it. The factory inaugurated in 1961 by General De […]