Americans and British redeploy troops to Afghanistan to evacuate their nationals 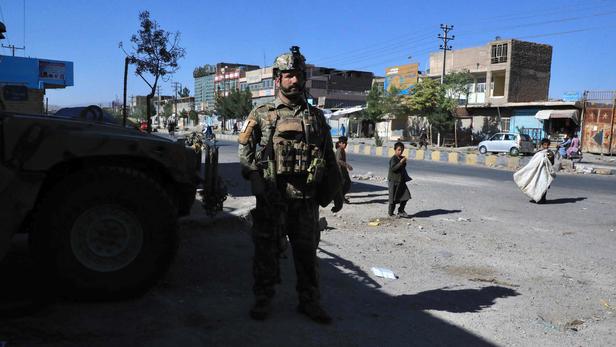 The United States and the United Kingdom announced Thursday the sending of thousands of troops to Kabul to evacuate diplomats or nationals in the face of the rapid advance of the Taliban who have approached the Afghan capital and took Herat, the third city. from the country. Due to “the acceleration of the Taliban military offensives” and “the resulting increase in violence and instability across Afghanistan”, Washington has decided to “further reduce” its “diplomatic presence ” in Kabul “in the coming weeks,” said State Department spokesman Ned Price.

To secure and carry out this evacuation of American diplomats, the Pentagon will deploy 3,000 soldiers at the international airport in the Afghan capital, said its spokesperson John Kirby. A thousand more will be sent to Qatar for technical and logistical support, while 3,500 to 4,000 will be pre-positioned in Kuwait to deal with the possible deterioration of the situation.

In all, therefore, nearly 8,000 American soldiers are remobilized, and this is in full withdrawal from Afghanistan of the troops of the United States and the international coalition, which must end on August 31 at the latest. “This is not a military re-engagement in the conflict in Afghanistan,” assured US diplomacy, while the Pentagon has also said it will not use Kabul airport for strikes against the Taliban .

London also announced the redeployment of 600 soldiers to help British nationals leave Afghanistan. These evacuations come as the Taliban, deaf to diplomatic warnings from the United States and the international community, continue to advance at a breakneck pace. Three days of meetings between the main actors on the fate of Afghanistan in Doha ended Thursday without significant progress. In a joint statement, the United States, Pakistan, the European Union and China said they would not recognize any government in Afghanistan “imposed by force”.

Brussels reiterated this call, threatening the Taliban with international “isolation”. “If they seize power by force and re-establish an Islamic emirate, the Taliban will not be recognized (diplomatically), they will suffer isolation, a lack of international support and the prospect of continued conflict and instability.” prolonged in Afghanistan ” , warned Josep Borrell, head of EU diplomacy, in a statement.

But the Afghan government has now lost control of most of the territory in northern, southern, and western Afghanistan, and was struggling to maintain its presence in Kandahar, the country’s second-largest city, besieged and ravaged by the fights. The Taliban, however, claimed on the night of Thursday to Friday to have taken Kandahar.

Faced with the deterioration of the military situation, Kabul offered “to the Taliban to share power in exchange for an end to the violence in the country,” a government negotiator told AFP on condition of anonymity. to the peace talks in Doha. Afghan President Ashraf Ghani has so far rejected calls for the formation of an unelected interim government that includes the Taliban. But his turnaround is likely to be very late, the insurgents have shown no sign, since the opening of peace negotiations in September 2020, that they were ready for a compromise.

They will undoubtedly be even less inclined to it after having advanced at a frantic pace in recent days. Within a week, they took control of 12 of the 34 Afghan provincial capitals.