As the US tries to control COVID-19 ahead of a possible winter rebound, health experts are encouraging vulnerable people to get a booster dose of the vaccine. So far, about 15% of the elderly have.

In total, about 10.7 million people received an additional booster dose and more than half were people over 65, according to data from the U.S. Centers for Disease Control and Prevention (CDC, for its acronym in English).

The U.S. Food and Drug Administration (FDA) has recommended booster doses for the most vulnerable people, such as those over 65, those at high risk for serious illness, and those at high risk of severe disease. who live or work in high-risk environments.

Last month, Pfizer received an emergency use authorization for a booster dose for certain people who have been at least six months after the initial two doses. And the nation’s health advisers are now studying emergency approval for the Moderna and Johnson & Johnson reinforcements.

“(Extremely vulnerable people) are recommended a booster shot,” said Dr. Leana Wen, CNN medical analyst. “But even with a booster, they may not prevent serious outcomes and this is why you have to get vaccinated.”

Strong immune protection through vaccination is the best way to avoid infection and control the pandemic. But the effort to increase protection with boosters comes as the nation continues to struggle to attract a substantial percentage of the population to be fully vaccinated.

Dr. Anthony Fauci, director of the National Institute of Allergy and Infectious Diseases, said the vast majority of Americans will need to get vaccinated to control the spread of the virus, but that number now only stands at around 57% of the total population…

The importance of vaccination was emphasized on Monday after news broke that former Secretary of State Colin Powell had died of complications from Covid-19.

Powell, 84, suffered from multiple myeloma, a plasma cell cancer that suppresses the body’s immune response, as well as Parkinson’s, Peggy Cifrino, Powell’s longtime chief of staff, told CNN. He was fully vaccinated and was scheduled to receive a booster dose this week, but his health status put him at higher risk.

Powell’s death should not be taken as a sign that vaccines are insufficient, Wen said, but as proof that more people need to be vaccinated to protect the elderly and medically fragile.

“Yes, the vaccine protects you, but it protects you even more if everyone around you is vaccinated,” Wen said. “We vaccinate as healthy people in part to protect the most vulnerable among us.”

And post-vaccination infection cases, like Powell’s, are rare but expected, as no vaccine is 100% effective.

As of October 12, a total of 7,178 deaths have been reported to the CDC in people with post-vaccination infection. By then, more than 187 million people in the US were fully vaccinated. That means that one in 26,000 fully vaccinated people has died of COVID-19 or 0.004%. Of those cases that resulted in death, 85% were among people 65 and older and 57% were among men, according to the CDC.

For those who wish to boost their immune response with a booster dose, mixing and matching vaccines may soon be an option.

People familiar with FDA planning told The New York Times that the agency is planning to allow people to receive a different Covid-19 booster vaccine than the one they initially received.

According to this medium, the FDA could point out that it is preferable to receive the same vaccine as a booster, but would not recommend one injection over the other.

Hospitalizations for covid-19 have decreased nationally, but some regions remain overwhelmed.

Seven states have less than 15% of beds available in the ICU, according to data from the Department of Health and Human Services. Those states are Alabama, Georgia, Idaho, New Mexico, North Dakota, Oklahoma, and Texas.

In New Mexico, the health department had to enact crisis management standards.

According to a press release from the New Mexico Department of Health (NMDH), hospitals will now have to temporarily suspend medically unnecessary procedures before deciding who should receive care.

“Due to COVID, New Mexico’s hospitals and health centers endured an unmanageable burden. Today, the state is offering clarity and support as providers seek to make difficult decisions about how to allocate scarce – and precious – healthcare resources,” said DOH Acting Secretary David R. Scrase, MD “The goals, as always, remain the same: to save as many New Mexico lives as possible, and to help sustain the health care providers who have sustained our communities throughout this pandemic. ”

On Monday, state health authorities announced 1,895 new cases, bringing the total number of cases in the state since the pandemic began to 265,632. There are currently 300 patients in the hospital who are being treated for covid-19.

In Washington state, members of the Seattle police department had until the end of Monday to get vaccinated or receive an exemption.

As of Monday night, 91% of the police force had shown proof of vaccination and 7% presented exemptions, leaving only 2% of the department that had not presented their vaccination status.

“For officers who have not turned in any verification documents by midnight today (for this Monday), they should not report to work tomorrow and the city and department will begin the dismissal process for not following the guidelines of the vaccine mandate. “SPD spokesman Randy Huserik told CNN.

The state has also implemented the vaccination mandate for state employees, and some are choosing to leave their jobs rather than comply.

In videos uploaded by a conservative radio host on YouTube in the Seattle area, two state troopers were among state employees who cited Governor Jay Inslee’s vaccination mandate as the reason for their discharge.

One of them, Sergeant Richard Thompson, a 17-year veteran, can be seen inside his patrol car signing off from his duties and saying: “Due to my personal decision to take a moral stance against, for freedom medical and personal choice, today I will sign my discharge from service for the last time. ”

On the other hand, Washington State University announced that head soccer coach Nick Rolovich, as well as assistant soccer, coaches Ricky Logo, John Richardson, Craig Stutzmann, and Mark Weber, can no longer train for failing to comply with the vaccination mandate. of the state. 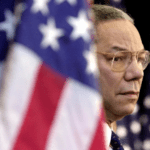 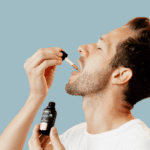 Israel Will Become The First Country In The World, From 27 December People Will Get Kovid-19 Vaccine

Israeli Prime Minister Benjamin Netanyahu has announced that Kovid 19 vaccination will start in his country from 27 December. If this happens, Israel will be […]

This technique can help in testing a lot of and additional people in a very short time, thus that corona patients can be identified and […]

Pharmaceutical company Pfizer said on Thursday that it wanted to offer its booster shots of the COVID-19 vaccine to healthy children of primary school age. […]