Why Did You Get Allergic To The Corona Vaccine? British Government Told The Reason, Gave Warning 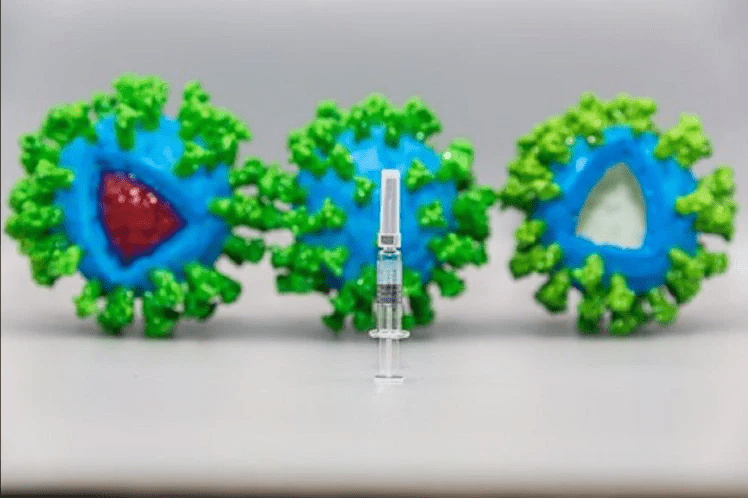 In order to defeat the Corona virus, the work of giving vaccines on a large scale has started in Britain. Pfizer-BioNTech vaccine is being given in the UK, but in the initial days of concern has come up. After receiving the vaccine, two people are allergic, which has increased the concern of scientists.

Now the UK medical department has issued a warning and has said that any person who is suffering from a reaction with medicines or a reaction due to food, should not be given this vaccine.

Kovid vaccine is being given on a large scale in Britain since Tuesday, but so far only two people have been exposed to allergy. The British Health Department has said that the vaccine has been approved only after testing it on every scale, so no one other than two people has faced such a problem.

The cases which have come to light are being investigated. But till then, vaccines have been denied to those who are already allergic to medicines.Let us tell you that Britain has become the first country in the world to approve the Kovid vaccine. After that some other countries are also in this line.

Vaccine will be started in America soon, although the United States has already made it clear that those who are allergic to medicines will not be given vaccine yet.

After two cases in Britain, Canada has also said to be cautious in this matter.Information was provided by Pfizer-BioNTech that during the trial of the vaccine no person was allergic to medicines.

Under this, approval was also taken from the British government. However, experts say that everyone will be allergic to the vaccine, this is not true.Significantly, in the UK, the work of giving vaccines in different phases will be done.

In the beginning, vaccines are being given to healthworkers, elderly people, after which people suffering from serious illness have been given priority.

Half a dozen vaccine trials are going on in India too, which is only in the last phase.Britain is the first country in the world to approve the use of the corona vaccine. In the initial days, some people got allergic due to the vaccine, after which the government has now given reasons.

This warning has been issued after two National Health Service (NHS) employees complained of ‘anaphylactoid reaction (anaphylaxis reaction)’ shortly after the vaccine was administered. However, now both of them are recovering rapidly from this allergy.

Professor Stephen Povish, director of the NHS in England, said, “As is common for any new vaccine, the MHRA has suggested as a precaution that people suffering from an allergic reaction in the past do not have this vaccine.”

Due to ‘anaphylaxis reaction’, problems like skin rash, nausea, vomiting, difficulty in breathing can be revealed.Recently, the Chief Scientific Advisor to the Government of Britain, Patrick Valence has given a suggestion that people who get vaccinated also need to be cautious.

He said that despite the vaccine, the British people may have to apply masks in the next winter as well.