“Employer-employee relations boil down to fit and leadership style and, unfortunately, Chief Acevedo is not the right fit for this organization,” the statement continued. “Now is the time to move forward with the search for new leadership in MPD.”

Assistant Police Chief Manny Morales will be named Acting Chief of the Miami Police Department as the city embarks on a search for a permanent replacement, Noriega said.

CNN has reached out to Acevedo and the MPD for comment but has not received a response.

The city manager’s memorandum outlines the next steps for Acevedo

In a memo to Acevedo, Noriega described that the City Commission will carry out procedures within five days of his suspension to hear the allegations against him and decide how to move forward.

If the commission makes an affirmative judgment, Acevedo’s suspension will immediately turn into a removal, the memo said. If the commission decides that the charges are not “well-founded”, Acevedo will be reinstated.

During his suspension, Acevedo is prohibited from issuing orders, mandates, or directives, as well as removing or destroying any of the city’s records, materials, or equipment, according to the memo.

Acevedo’s suspension comes on the heels of city commissioners calling for his removal during two controversial one-hour meetings on September 27 and October 1 to discuss his decisions and behavior that were deemed questionable.

Acevedo wrote an explosive memorandum to Mayor Francis Suárez and Noriega on September 24 in which he accused three city commissioners of interfering with reform efforts and a confidential internal investigation.

Noriega’s memo said Acevedo “lost the trust of the base,” as well as executive staff after three incidents in which Acevedo appeared to support a covid-19 vaccination mandate for officers, received a vote of no confidence from the Fraternal Order of the Police, and witnessed that his deputy chief “verbally assaulted his executive staff after a commission meeting and did not intervene” on October 1.

Acevedo also announced “city policy without authorization to speak on behalf of the city of Miami” when he hinted that the city was considering “vaccination mandates and a possible dispute with the governor to defend that policy,” the memo said.

Acevedo also told officers during the roll call in August that “the Cuban mafia runs the Miami Police Department,” according to the memo.

His statement resulted in the alienation of “a large part of the department, its staff, and the public,” the memo read.

Acevedo later apologized, saying his comment was intended to “highlight the importance of diversity within our ranks and lighten our discussion,” but added that he has since learned that it was “highly offensive to the Cuban community in exile, of which I am a proud member. “

Due to these incidents, Noriega asked Acevedo to present a plan to change matters within the Police Department.

Acevedo submitted a 90-day action plan on October 4 to improve the department in several areas, including improving agent morale, improving their relationship with elected officials, and the police and administrative plan.

But Noriega said the plan was “materially deficient” in addressing police morale and community relations and offered “no meaningful plan to solve any of the problems.”

“In my opinion, there are issues with his Miami City Police Department leadership that have been created and nurtured during his twenty-three-week tenure,” Noriega wrote. “Rather than taking the time to first commit to developing and promoting the truth both in the department and in the community, he was brash and hasty in many of his comments and actions.”

In 2016, he took the reins as the chief of police in Houston, where he served for more than four years before resigning in March.

As the first Latino to lead the Houston police department, Acevedo was dubbed the “Tom Brady or Michael Jordan of police chiefs” by the Miami mayor when he was hired. 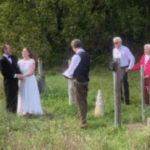 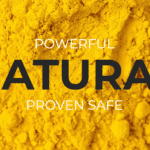 In America, the delta variant of the coronavirus is showing fatal effects. But after the opening of schools and other public places, the Biden government […]

Notre Dame will confront No. 1 Alabama (10-0) in the Rose Bowl-substitution in AT&T Stadium outside Dallas on New Year’s Day. The Irish and Tide […]

Joe Biden Has Come On TV And Got The Corona Vaccine Said There Is Nothing To Fear, The Vaccine Is Safe

America’s newly elected President Joe Biden publicly vacated the coronavirus vaccine on Monday. Vaccination to Biden was additionally broadcast live. He has just been given […]