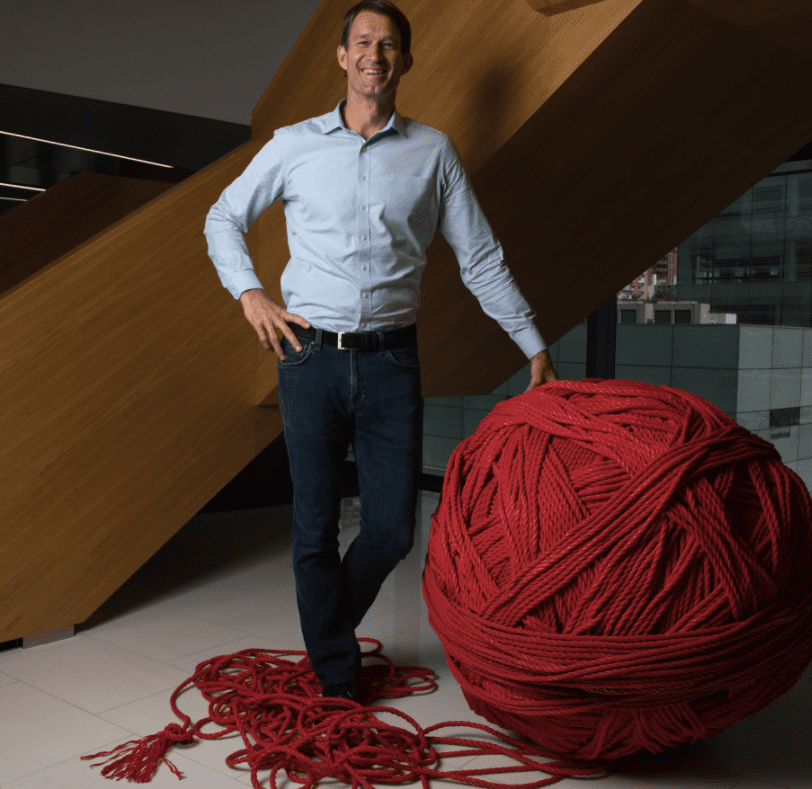 The American Andy Poppink has directed JLL’s business in the EMEA markets (Europe, Middle East and Africa) since January, a position held by Guy Grainger since 2016. The appointment is the product of various corporate changes adopted by this international real estate consultancy – which invoiced $ 16.59 billion in 2020, 7.7% less than in 2019, and it has a global workforce of 91,000 people – to align various businesses and challenge the pandemic.

Poppink, who in his youth was captain of the Stanford University basketball team and played in Turkey, Japan and Spain, where he signed for the Rosalía de Castro club of Santiago de Compostela, knew very well that he was going out on the court in a moment complicated party. When the pandemic had turned the global real estate market upside down, he had to take charge of driving the strategy and results of the advisory business and delivering a connected approach to the company’s clients across the region.

But if there is one thing that motivates this six-foot-tall American, it’s team building and leadership. A motivation that comes from the days of basketball. “Basketball and real estate have a lot in common. At JLL we work as a team and, in addition, real estate in a very competitive sector ”, he sums up.

In January he left California to settle in Zurich (Switzerland) and direct the real estate business of the consultancy in 26 countries and 120 offices in Europe, the Middle East and Africa, a region in which JLL had a turnover of 3,092 million dollars in 2020 and has 15,000 employees.

His way of understanding work, and almost life itself, is reflected in a poster that presides over his office and that reads: “I’m still growing.” “I believe that the desire to continue growing on a personal and professional level is the foundation,” he adds. With these wickers, Poppink has faced the COVID crisis, the third it has experienced. Before, it suffered from dot-coms in 2001 and financials in 2008. And not just anywhere. He began working in Silicon Valley real estate in May 2001 at Staubach Company, a Californian real estate brokerage that JLL bought in 2008, at which point it became the leader in the western United States.

Although skilled in tackling, he acknowledges that the pandemic has been the hardest. “It is a community crisis that has given us challenges on a personal, professional, emotional, psychological level … This crisis has been completely different.” The only positive reading he gets from the pandemic is that now “everyone has a clearer idea of ​​the real impact that the real estate sector has on their daily lives and the relationship it has with where they live, where they work and where they play. ”.

Poppink recounts the damage in the sector. Two of the most affected segments have been offices and retail .

Rethink where to work

With the real estate leasing and transaction market coming to a halt in 2020, JLL found a safe harbor. Advice to tenants and occupants of buildings, especially offices, has been a lifeline for the international consultancy since the beginning of the pandemic. All the business that had to do with the world of users has exploded. This is one of Poppink’s professional specialties, which recognizes that some companies are rethinking the strategy around their corporate headquarters, are rethinking how much space they need and where they want to be located. “It is true that there is a desire to reduce space by teleworking, but nevertheless there is also a greater need to have more common areas for people to interact, collaborate …”, says Poppink, who personally prefers to go to the office because it brings dynamism and his team gives him energy. “Connection is a human need.”

According to a survey carried out by JLL in May (before the expansion of the delta variant), more than 75% of employees said they had missed being in the office at least part of the time, and about 80% of their customers prefer Take a hybrid approach. The study shows that working three days a week in the office is the ideal formula. “We are facing a very dynamic situation and we are prepared to provide support to our clients regardless of the model they choose,” says the manager.

Although the manager does not like the term hybrid because “it can be a divisive element within the corporate culture.” He prefers to speak of an elastic environment, because “after all, a company is an organism and we have to be able to act together.”

In the retail sector , the most affected along with the hotelier, the manager believes that the time has come to evolve. The rise of e-commerce has put this segment on the ropes, in which there is only one way to go. “Those who do not offer an experience in which the consumer can enjoy and only dedicate themselves to selling products will have to focus on distribution logistics, become a last-mile store if they want to move forward,” he says.

The other side of the coin is the logistics market, “one of the most popular”, and the residential market. Both are in the crosshairs of international investors, “very interested in Spain, especially in Madrid,” says the manager, who the day before the interview had met with two investment funds, based in the US and in Italy, with the intention of entering the Madrid real estate market. According to JLL, 59% of investors are willing to increase their contributions in European living assets in order to diversify their portfolios and seek new markets, that is, in rental housing, student residences, residences for the elderly, coliving …

Poppink believes that it is a time of change that must be exploited, especially in terms of the environment, technology and innovation. He is impressed by the interest shown by his clients, both the investors and the tenants and occupants of the buildings, in environmental issues. It should not be forgotten that construction and real estate account for more than a third of global carbon emissions and there is strong momentum for the sector to think about a sustainable future.

The JLL consultancy itself has committed to achieving a model of zero net carbon emissions by 2030 in all the buildings it occupies. And in 2040 for all customer and supplier assets.

How Many Companies In The Country Have a board of directors?

Vicente Torres brings his passion for mechanics to Chicago